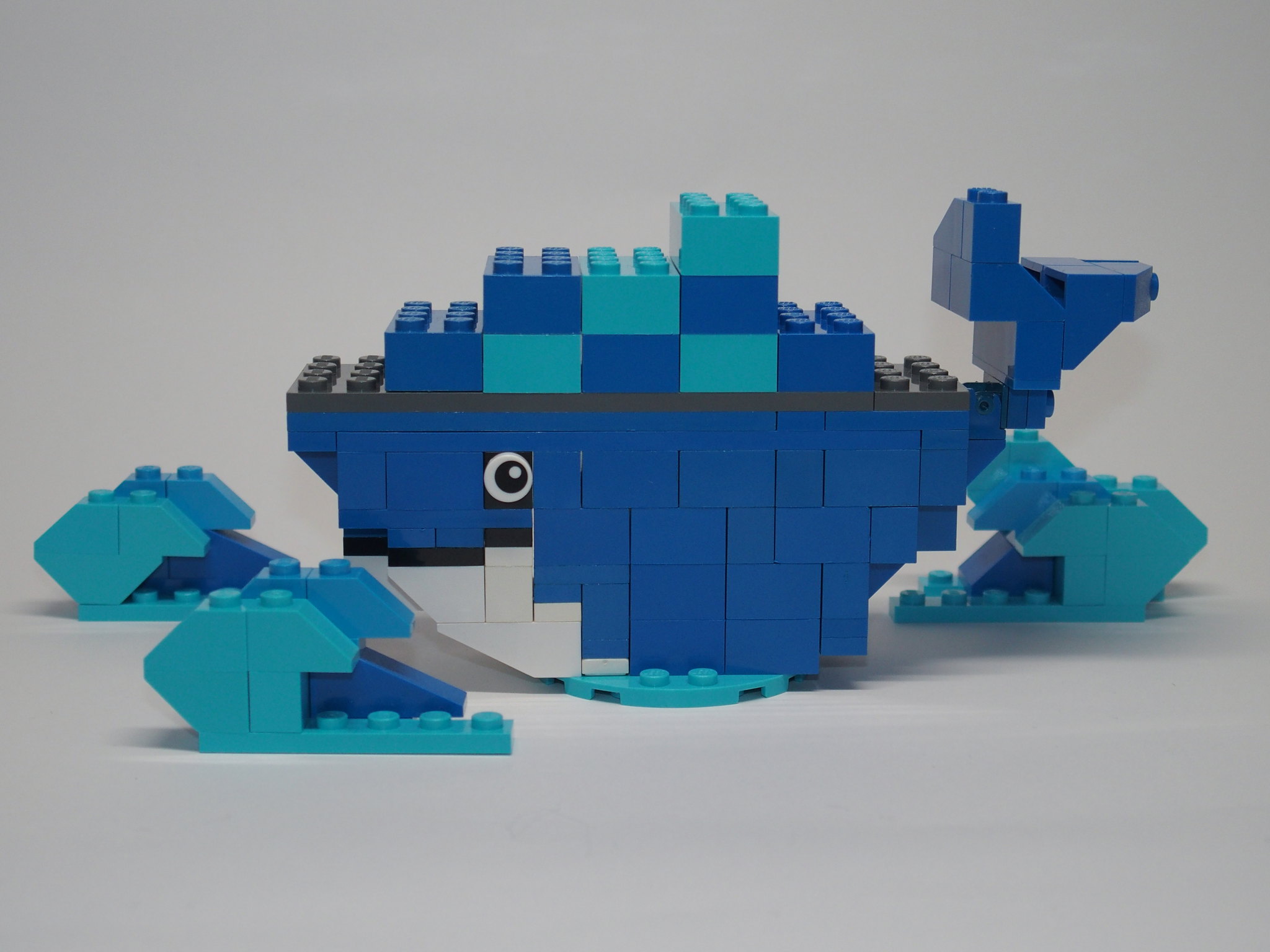 While I’m no longer at theScore, I do recall the larger dockerization efforts that happened near the end of my employment there. It wasn’t uncommon to have several services running for the product you were working on. At theScore we used Docker Compose for local development as it eased the setup and took care of running dependencies.

This eventually leads to the overall problem of dealing with Docker Compose networking and DNS resolution. I ended up creating a tool called Docker Compose DNS Consistency, dcdc, as a way to solve this. The following sections are from the dcdc README file, and I would highly recommend going there right after for more in-depth details on how dcdc actually works.

Both projects exist as separate repositories and therefore have different docker-compose.yml files. In isolation, both projects run without any problem and expose their respective API service on localhost:3000. The issue is when you want to run both projects at the same time – which might be needed for the development of a new feature or testing a complete flow.

The naive solution is to change one of the exposed ports for a project to 3001 so that there is no clashing of ports. So for example, proj2’s API is now exposed on port 3001 and is reachable at localhost:3001.

There are a few problems here:

DCDC’s purpose is to provide an easy way to work with multiple Docker Compose projects locally by:

NOTE: at the time of publication, DCDC only works with macOS. It’s likely possible to work for other operating systems, although it will require some rejigging.

The following is the test output of dcdc that demonstrates accessibility to services external and internal to the Docker network. Not only are HTTP services accessible, but also non-HTTP services (i.e., a database). 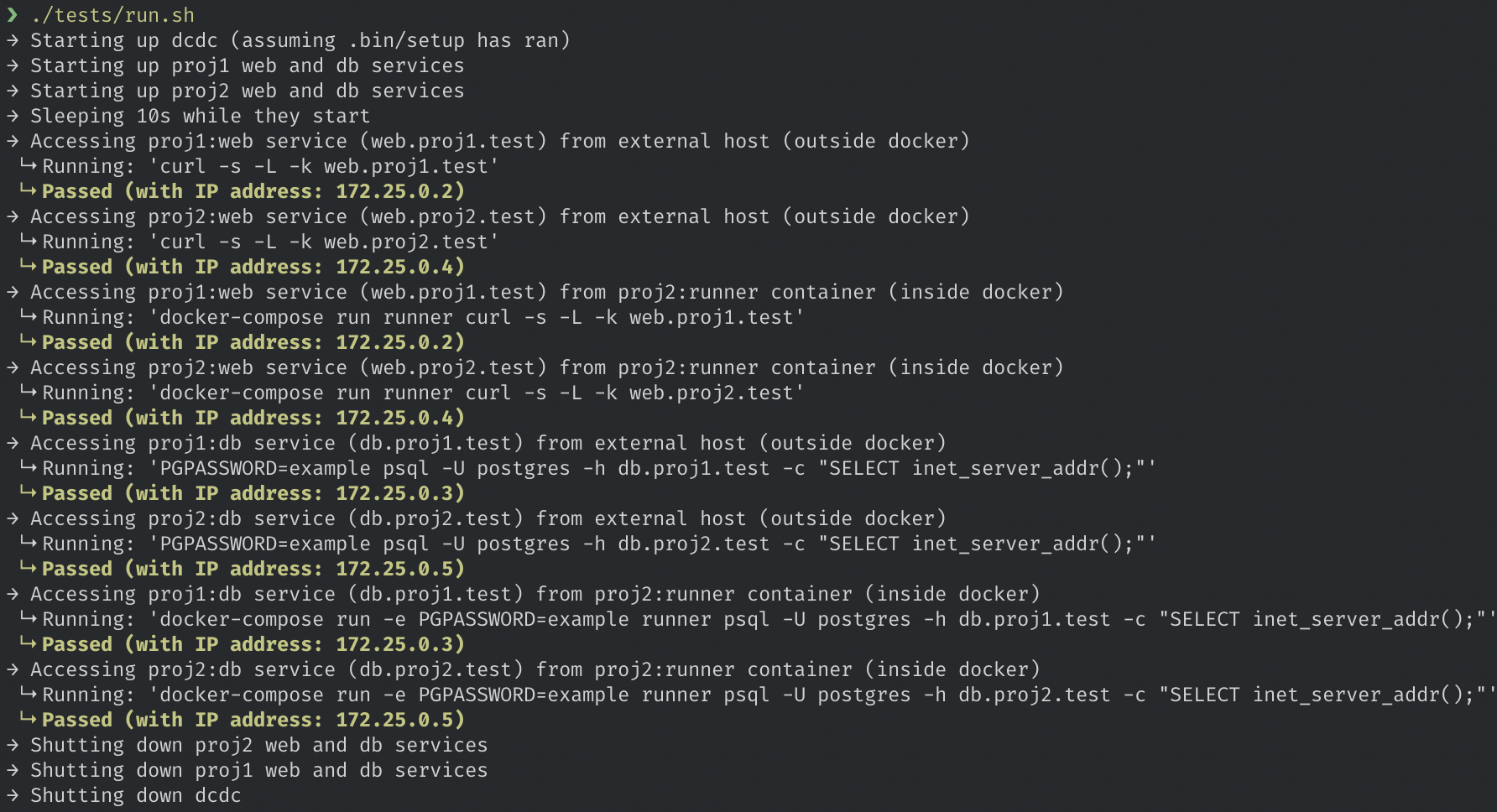