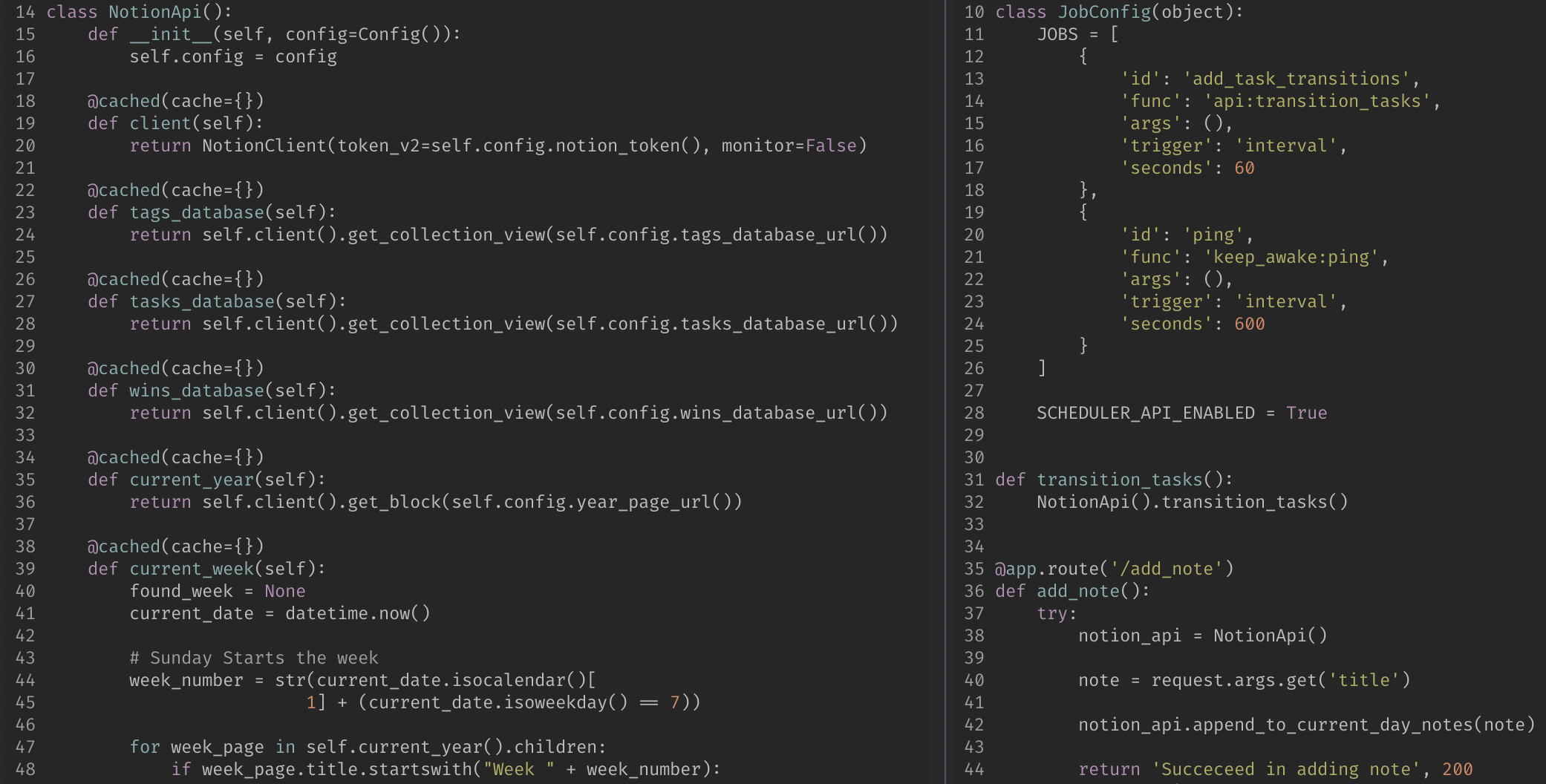 My Notion [Referral] journey started with the creation of my highly-tailored weekly template. I then made my first integration, alfred-notion, an Alfred workflow that allows me to issue quick commands to interact with Notion. Recently, I created notion-heroku, a web application that integrates Notion and Google Assistant via IFTTT.

At this point, both of my Notion integrations share similarities with how I utilize notion-py. I decided to lay down some foundational work that will accelerate and open additional capabilities in my existing and future projects with respect to Notion. The initial culmination of this work is notion-scripts, a Python package. I’ve extracted the commonalities between my two projects in an effort to DRY (don’t repeat yourself) the code up for better reuse.

My gameplan for notion-scripts is that it holds all the higher-level interactions that I do with Notion (i.e., add a task, find current day, update task status, etc…), as well as the underlying Notion API interactions via notion-py. Ultimately, my other applications shouldn’t have to interact with notion-py anymore. If there is an opportunity for some functionality to live in more than one project, it will end up in notion-scripts.

I’ve always wanted a way to run certain processes reactively in Notion. I took what I have for notion-heroku and added the capabilities to run recurring scheduled tasks.

Using recurring scheduled tasks, I added the ability to record task status changes reactively. My goal is so that when using Notion on my mobile device, task transitions will record automatically as this functionality is running on a server. 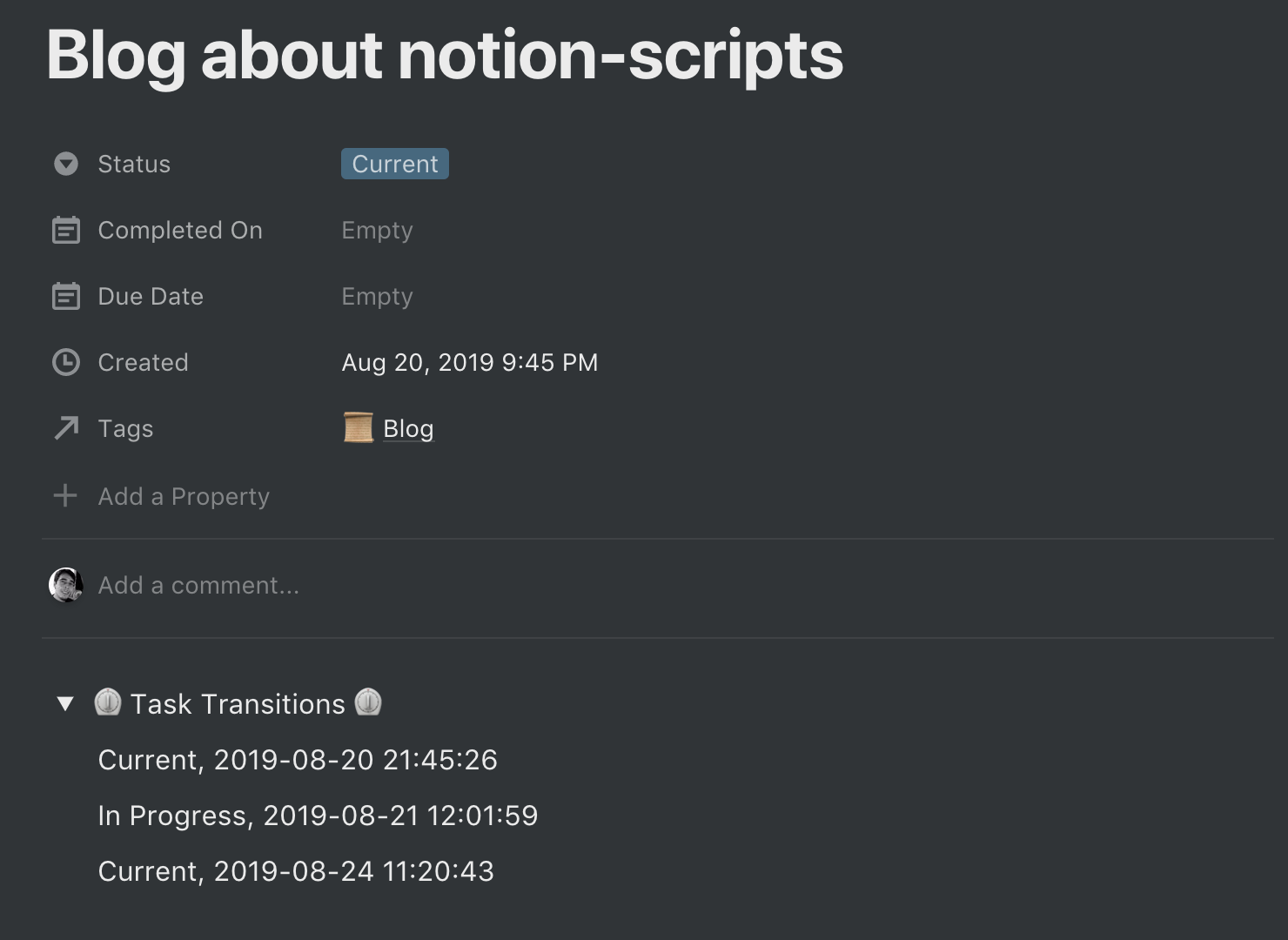 As mentioned earlier, I plan to continue to build on top of the work I’ve done so far. With respect to the transitions of a task, I’m hoping to add the ability to track the total time a task spent in each status. I’d also like to add email capabilities, so that I can get a daily/weekly email summary of tasks that are stale/stuck/new/completed.

Note: I know that notion-py has callbacks for subscribing to updates. For my use case, I have not yet explored this and instead went with polling to watch for changes. For notion-heroku, it would require a more substantial change, and the current design is stateless (i.e., run task, look at Notion, react) as Notion holds all the state itself. I might revisit this subject if need be.

Having notion-scripts will help in some regard with the following ideas, as they will touch all my integrations and then some.