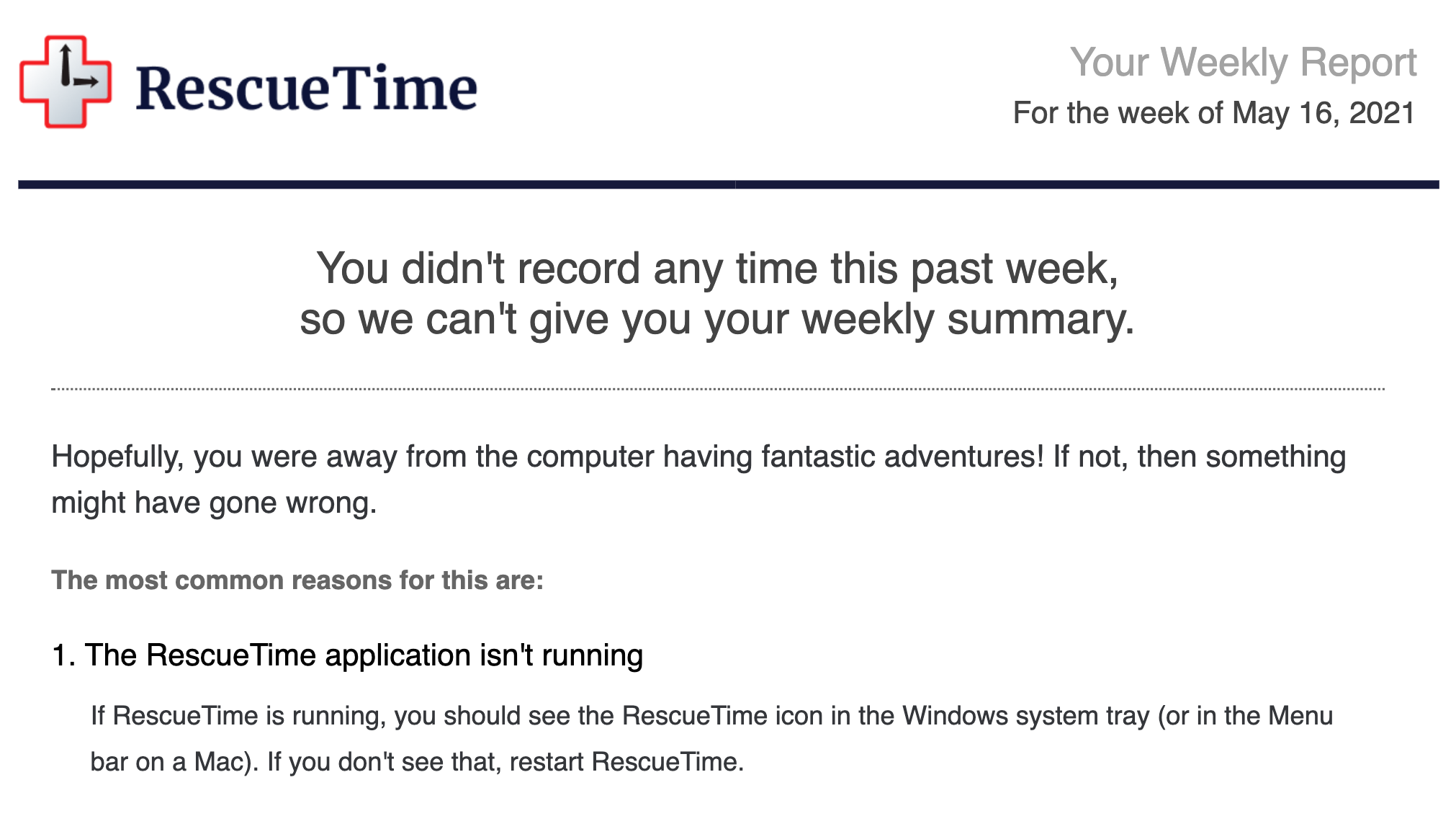 Screenshot of RescueTime email notifying me it hasn't been running.

I have used RescueTime (Referral Link) for many years at this point. It always disappoints me when I get the email saying that no data was recorded in RescueTime for the last week (see image above article title). For reasons unannounced to me, the macOS menu bar application had stopped running. I use the Bartender for macOS to hide certain menu bar applications (as they offer little visual value) – RescueTime is hidden from my view and I never noticed it wasn’t running.

I needed a way to ensure that the application was kept running if it crashed.

I know of cron and how it can run scripts periodically – I figured this would be the tool to save me here.

I quickly put together the following (add this using crontab -e):

Using crontab.guru we can see that this will run the open for ResuceTime command every 5 minutes. The --hide and --background ensure that the application doesn’t open in an obtrusive manner (i.e., think applications with a GUI).

This worked for me – it opened RescueTime if it was closed out. I even tested this with other applications and it mostly worked as expected. The hide and background flags didn’t work for some applications (e.g., Evernote always appears in the forefront for whatever reason).

Done deal then right? Wrong. I noticed every now and then a keystroke or two wouldn’t register. When I looked at the time it was always on the minute the cron would trigger… If I had to take a guess, the open was causing focus to switch briefly and would interrupt keystrokes on the current application I was in.

I could decrease the frequency that the command would run or…

Only open if Application isn’t Running

My next approach was to only open the application if it wasn’t already running. This will prevent the open from triggering multiple times during the day.

If we break this down:

Now this works as expected! I no longer have to worry about RescueTime not running. I might do this for other menubar applications that I like to have active, but are hidden.

I haven’t tried this on Linux but I suspect you could do something similar (assuming there is an equivalent to open).