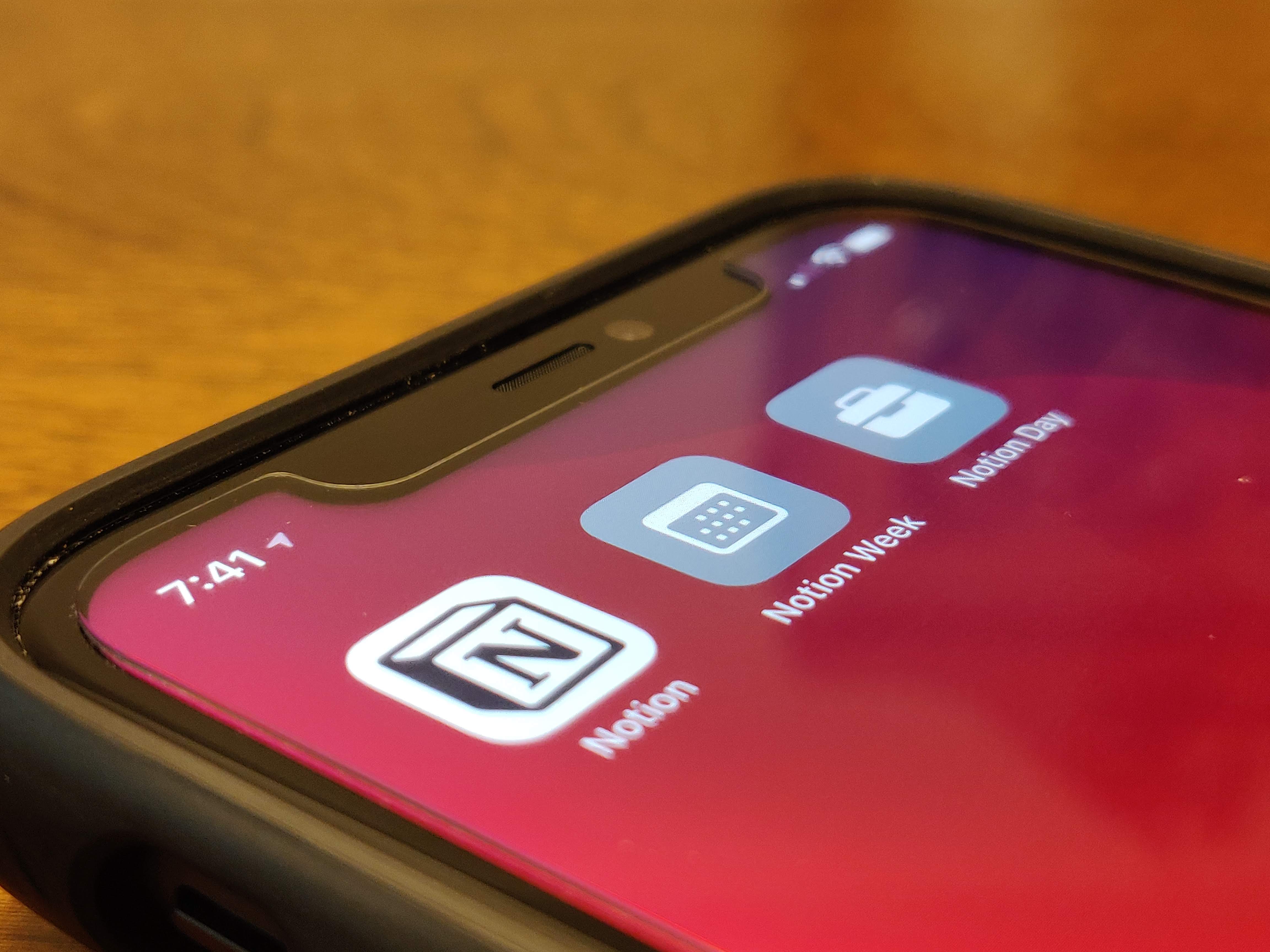 My iPhone 11 with Notion and iOS Shortcuts

I recently switched from Android back to iOS for my mobile device. I decided to take a look at iOS Shortcuts as I never really got to play with them before. Given my recent obsession with Notion [Referral] I decided to see how I can put iOS Shortcuts to use here.

I’m going to walk you through two examples of using iOS Shortcuts to open Notion Pages. The first one uses a normal Notion page, and the second one uses the current day/week pages from my highly-tailored weekly template.

The first thing that you can do is create a shortcut on your home screen that opens to a specific page in Notion. For example, you could have a page holding your todos, shopping list, latest project, etc. In my opinion, this is really useful if you frequently use specific pages in Notion on your mobile device.

We need to get the Page Link from Notion. On iOS, you get this link by clicking the ... on a page in Notion and then Copy Link.

Note: You can find the current Page Link in the Web interface for Notion as well, although the user interface will be slightly different.

Now we can start by creating our iOS Shortcut to open the Notion page. As shown in the images below, our shortcut is just one step to open the notion:// page link with Safari. Finally, we can add this to the home screen, and now we have a single press shortcut that opens directly to the page we want.

As previously noted, I have a more elaborate Notion setup (more details about highly-tailored weekly template) where I have unique Notion pages for each day and week. My goal is to have a ‘Notion Day’ and 'Notion Week’ shortcut on my home screen for quick access. Unfortunately, the page link for the current day and week change daily/weekly, and thus the previous solution doesn’t work for me.

I currently have a web application running that exposes an API (notion-heroku), allowing me to interact with my Notion account through HTTP requests. I’ve recently added a feature that exposes the notion:// page URLs for the current day/week when I make a request.

The shortcut isn’t too hard to create afterwards and ends up as a three-step shortcut:

This shortcut works well, but it has two drawbacks. It always has to make the network call to get the page links, it can be slow based on latency and it requires network access.

To address the drawbacks of the previous shortcut demonstration in the last section, we can cache the response from the notion-heroku server. Caching the results for a day then makes it so only the first usage of the shortcut requires a network call and all subsequent usage uses a cached file.

The new and improved iOS Shortcut now contains over 25 steps, although it handles caching, cache invalidation, and a notification if the server didn’t respond. Using the shortcut when there is a cached value feels faster to me and it even works while in airplane mode.

The following video gives a walkthrough of the shortcuts:

The Possibilities with iOS Shortcuts

In my opinion, iOS Shortcuts open up a lot of interesting possibilities. The fact that you are able to make and use API calls is very powerful on its own. I can see myself connecting more stuff to IFTTT. With respect to Notion, I’ll likely continue to expand on my notion-heroku server and see what I can do with it.